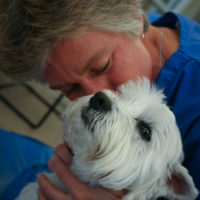 Dr. Tammy Wolfe graduated from Indiana University in 1983 with a Bachelor of Science degree in Physical Therapy and from Arcadia University with her Doctorate in Physical Therapy in 2011. She has 24 years of experience in the human physical therapy profession, specializing in orthopedics and sports medicine. In 1999, Tammy completed a 4 year certification and became a Guild Certified Feldenkrais Practitioner®. This training in Functional Integration® manual techniques has laid an important foundation in building upon her effective canine treatment skills. From 1999 until 2003, Dr. Wolfe owned a private physical therapy clinic in Northglenn, Colorado. She began working with canines at Huron Animal Hospital in 2002. In February of 2003, she joined the rehabilitation team at Alameda East Veterinary Hospital. She was certified in canine rehabilitation by the University of Tennessee in their second graduating class in December 2003.

Dr. Wolfe’s extensive experience and continuing education has allowed her to become one of the trailblazers in the field of animal physical therapy. Based on the concepts of neuroplasticity, she has developed her own unique manual technique, the Wolfe Kinetic Technique®, which has proven amazing effectiveness with rehabilitating multiple species. She has published articles in veterinary and physical therapy professional journals, and she consistently conducts research to promote a scientifically based practice, and to continue to be on the cutting edge of animal physical therapy techniques. Dr. Wolfe is the exclusive physical therapist of the Denver Zoo, and because of her experience and reputation, veterinary professionals worldwide come to her to learn. She is an active member of the North American Feldenkrais Guild, and the Animal Special Interest group, and Orthopedic Section of the American Physical Therapy Association. 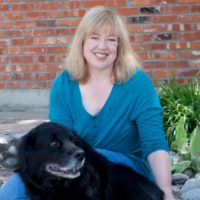 Jane MacGregor is a Colorado native, graduating from the University of Colorado in Boulder with a Bachelor of Science degree in Exercise Physiology. She completed her Physical Therapy degree in 1983 at the University of Colorado Health Sciences Center in Denver and relocated to Michigan where she worked as both a staff therapist and as Director of Physical Medicine and Rehabilitation overseeing the physical, occupational, and speech therapy departments. While in Michigan she received extensive training in a variety of manual techniques which led to her interest in orthopedics as a specialty. She returned to Colorado in 1986 to focus on orthopedics and sports medicine in an outpatient physical therapy setting, working with a diverse patient population including dancers of the Colorado Ballet and those with spinal and TMJ dysfunction.

Having always had an affinity with and passion for animals, and desiring to apply the positive benefits of physical therapy to the canine population, Jane received her certification in canine rehabilitation from the Canine Rehabilitation Institute in April 2015 and joined the team at the K9 Body Shop that same year. She has also provided canine rehabilitation services for VCA Alameda East Veterinary Hospital in Denver, and has obtained further training in veterinary orthotics and prosthetics, advanced spine techniques including the Wolfe Kinetic Technique®, and the specific needs of the canine geriatric population.

With the belief that gaining the trust of a dog is essential for successful rehabilitation to occur, Jane uses a gentle approach to develop a bond with each of her patients, and works to improve their quality of life through individualized treatments and a sensitivity to their needs.

Jane is an active member of the Animal Special Interest Group and Orthopedic Section of the American Physical Therapy Association. 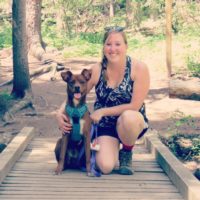 Dr. Chelsea Wells’ journey with canine physical therapy began in 2008 when she interned with Dr. Tammy Wolfe at the rehabilitation center at Alameda East Veterinary Hospital. She proceeded to spend 2 more summers with Dr. Wolfe as an intern then worked as a physical therapy aid at The K9 Body Shop for 3 years. Dr. Wells graduated from Colorado State University in 2012 with a Bachelor of Science degree in Biological Sciences and a minor in Biomedical Sciences. From there she received her Doctorate in Physical Therapy from the University of St. Augustine in Austin, Texas. The University of St. Augustine provided a manual therapy heavy curriculum including extensive training in joint and spinal biomechanics and manipulation in conjunction with orthopedic and neurological treatments. She has also taken the basic and advanced Wolfe Kinetic Technique courses taught by our own Dr. Wolfe and has completed her canine rehabilitation certification through the University of Tennessee.

Dr. Wells continues to work part time as a home health physical therapist for humans along with her time at The K9 Body Shop. She has always had a love for animals and that is where her true passion lies, however she greatly enjoys enriching the lives of the human geriatric community while giving them the tools they need to remain independent for as long as possible. 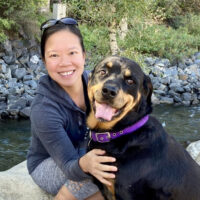 Eling graduated from Indiana University in 2004 with a Bachelor of Science in Kinesiology. She completed her Doctorate in Physical Therapy from IU in 2008. She moved to Colorado after graduating and has worked in a variety of settings including Acute Care, Subacute Rehab, Home Health, and Outpatient. Most recently she was the Director of Rehabilitation services at a skilled nursing facility and has held multiple leadership roles in her work history. She has participated in research with the University of Colorado Denver and appreciates the need for further research to keep moving the profession forward.

Dr. Miller has a great passion for animals and was finally able to pivot into that realm in 2019. She completed her Certified Canine Rehabilitation Therapist credentials from Canine Rehabilitation Institute in 2020 and did her internship with Dr. Wolfe before joining the team at The K9 Body Shop.